Manchester United midfielder Fred has no desire to leave this summer amid the imminent arrival of Ajax midfielder Donny van de Beek.

As reported by BBC Sport, United are set to finalise a £40m deal to sign Van de Beek in the coming days, and his arrival could push Fred down Ole Gunnar Solskjaer’s midfield pecking order at Old Trafford.

Van de Beek thrives in a box-to-box role and is likely to operate in the double midfield pivot where Fred impressed during stages of last season.

The addition of Van de Beek, 23, has led to questions being asked over the future of the Brazilian international.

And according to Turksish outlet Fotomac, Galatasaray are monitoring Fred’s situation ahead of the 2020/21 campaign.

But the Manchester Evening News report that Fred has no intention of leaving this summer and is happy at Old Trafford despite growing speculation.

There is also no indication that Fred has been told he is likely to be sold this summer despite Solskjaer’s excess of midfield options.

Fred made 23 starts in the Premier League next season and is still likely to be offered plenty of game time given the fixture congestion and Solskjaer’s need to rotate.

It seems more likely peripherals Jessie Lingard or Andreas Pereira will be moved on this summer to accommodate more arrivals in the squad. 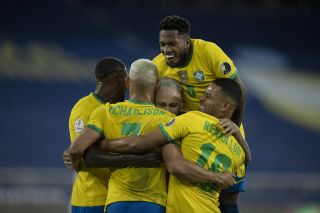