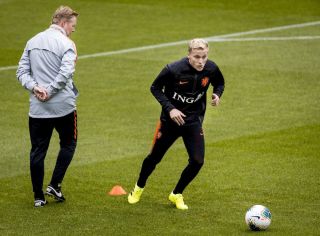 And according to The Times, Solskjaer is looking to add another three players this summer — including a centre-back, a right-winger and a striker.

That’s what supporters want to hear because there is a lot of work to be done with this team to turn it into a challenging side for the title.

Liverpool and Man City are miles ahead of us at the moment but the former has yet to strengthen their side from last season. City, on the other hand, I can definitely see spending money before the transfer window shuts.

But September starts tomorrow and United have yet to make a signing, so they know time isn’t on their side this summer. To sit idle between now and the end of the transfer market would have major consequences.

A centre-back is needed alongside Harry Maguire next season and hopefully it is a player with pace to cover more ground at the back. Victor Lindelof just isn’t good enough and the strikers in the Champions League will make bits of him.

With United still hoping to sign a winger for the right flank and Jadon Sancho still a Borussia Dortmund player, we are beginning to wonder if that deal will ever happen. It has gone on for too long and BVB have kept their stance that the England international will stay put next season, as per GOAL.

As for a striker, I wonder if United will prioritise the other two positions first with Odion Ighalo on loan until January and Anthony Martial hitting the form of his life last term.