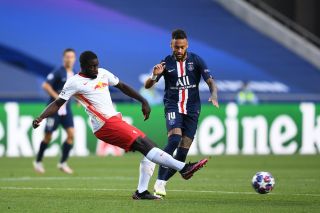 This comes after ESPN ran a report claiming United will look to bolster their defence after securing a deal to sign Donny van de Beer from Ajax.

The list below shows United as favourites to be Upamecano’s next club (via Sky Bet):

Upcamecano could be the one to partner Harry Maguire in United’s defence. A step up from Victor Lindelof and Eric Bailly, one would like to think, but his attributes are what United lack in the current centre-back pairing.

United need to improve at the back again this summer and give the likes of Bruno Fernandes and Paul Pogba more freedom in the middle of the pitch.

While some fans on social media claim we are in need of a new left back, surely there are other areas that need investment first? Game time could do Brandon Williams the world of good as he plays second fiddle to Luke Shaw, and Aaron Wan-Bissaka had a decent debut season at right back.