The Guardian report that United are hopeful of signing the Dutch star who has attracted interest from several other elite clubs.

Van de Beek, 23,  starred in the Ajax team that reached the Champions League semi-finals in the 2018/19 season and is one of Europe’s most talented young midfielders.

We looked at three ways United could line-up next season if they complete the signing of the versatile Dutchman.

This system would allow Ole Gunnar Solskjaer to accommodate each of his most potent attacking threats.

While Van de Beek is most effective in a box-to-box role, he has experience shielding the back four and could provide the platform for Paul Pogba to roam in a double midfield pivot.

Van de Beek made six appearances in the defensive midfield role for Ajax in the 2019/20 season, and has the ability to operate as Solskjaer’s anchorman ahead of Nemanja Matic.

However, Matic offers a more experienced, stable option in his familiar role and there is an argument Van de Beek could be wasted in a holding role. 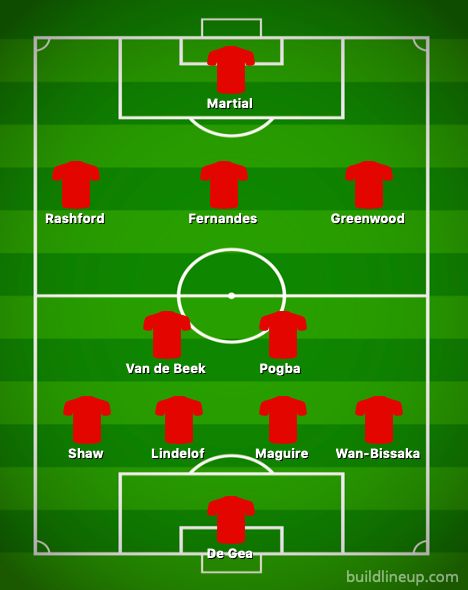 Solskjaer has utilised the narrow formation sparingly at United and has admittedly had little success with the system.

But the addition of Van de Beek would add a new dimension to United’s midfield and the Dutch international could thrive in a box-to-box role in a fluid midfield with Paul Pogba and Bruno Fernandes.

Van de Beek scored eight goals and registered 5 assists in the Eredivisie last term and has the ability to replace Fernandes in behind the forwards if the Portuguese playmaker is injured or in need of a rest. 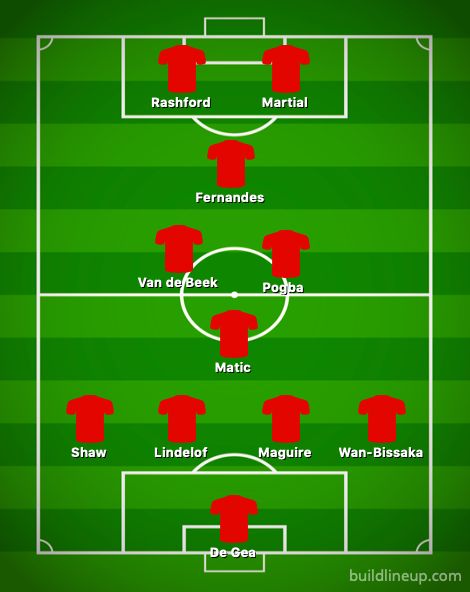 It seems strange that a player of Van de Beek’s quality might not start for United but there is no guarantees he would establish himself as indispensable under Solskjaer.

What United are lacking is true squad depth as the drop off between the starting eleven and substitutes is enormous.

It’s not realistic to assume Solskjaer’s current preferred three of Matic, Pogba and Fernandes can play almost every game in another demanding season so rotation is key.

Rather than relying upon the forlorn Andreas Pereira and Jessie Lingard, Van de Beek can add serious quality from the bench.

Versatility is the youngster’s biggest asset as he can occupy the deep-lying playmaker role of Pogba, shielding role of Matic and Fernandes’ no.10 role when Solskjaer needs to make changes to his side. 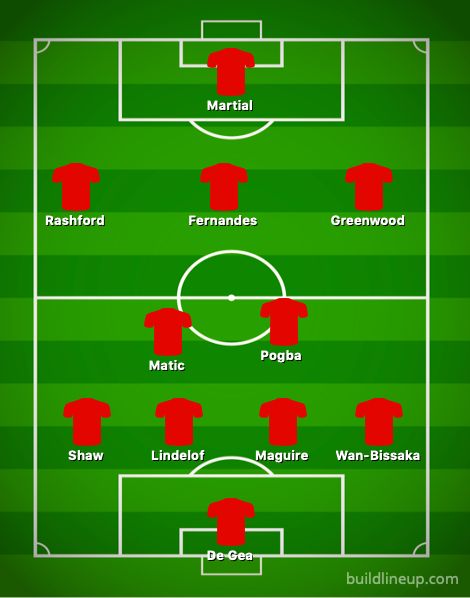