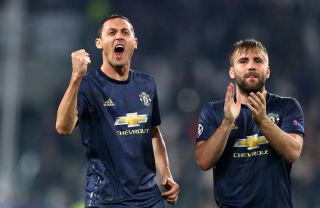 Manchester United midfielder Nemanja Matic hasn’t pulled any punches in a recent interview with UTD Podcast as he highlights next season’s title ambitions and claims the Red’s under performances allowed rivals Liverpool to eventually win the league.

Matic, 32, committed his long-term future to United earlier this year when he put pen-to-paper and signed a new deal extending his stay to at least 2023, as confirmed on ManUtd.com.

Speaking ahead of next season, United’s experienced midfielder has highlighted the importance of going again and making sure unnecessary points are not dropped.

United enjoyed a decent domestic campaign last season having managed to climb to third in the table, a feat which seemed virtually impossible at the half way mark, but after an impressive run of form in the final third of games United ensured they would be in next season’s illustrious Champions League.

Drawing attention to United’s earlier mistakes last season, Matic said: “From the next season there is no excuse.

“We have to go with everything. We have to fight for the title because I felt this year we dropped some points too easy.”

Matic went onto say how the Reds allowed arch-rivals Liverpool to runaway with the league title, he said: “We allowed Liverpool to win [the title], I don’t know, 10 games before the season finished.

“They won the league, so we cannot allow that. We need to fight to the end. We have to play with more confidence, with more responsibility.”

According to a recent report from The Mirror, manager Ole Gunnar Solskjaer has persuaded Ajax midfielder van de Beek to join United and become a vital part of a Premier League winning side.

Speaking of next season’s ambitions, Matic went onto confirm that winning the Premier League is the target, he said: “My personal target is to win the league with United and I am sure that everyone wants to do the same.

“We have to promise our supporters that we will do our best – exactly what we have done after [the sport’s suspension] when we started to play again. That’s Manchester United.

“We have to win five, six consecutive games then you can drop some points, then again you have to do that run.

“Like that we can win the league. In the beginning of the season we were not stable, we won one or two games then we lost and we drew.

“Proper United is exactly what we did after [lockdown] and I hope we can continue like that next season.”