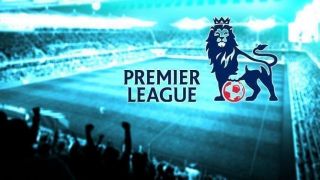 Premier League clubs have already voted to return to a maximum of three substitutes in a game, but reports say a group of clubs have pushing to bring the issue back to another vote.

Sky Sports claim clubs will vote on the issue again on September 3, with Manchester United being one of the reported clubs lobbying for the five sub rule to remain for the 2020-21 season.

If they were to allow for this wouldn’t it make even more sense to ensure that we strengthen our squad this summer. Our bench isn’t strong enough to win a league title and something needs to change there.

Juan Mata and Jesse Lingard are the players we call on when we need an extra dose of creativity going forward and United can do better than that.

The five sub rule will go against lesser clubs and allow for the likes of United to change things up dramatically. In the latter stages of games that could be a huge advantage to have on teams with smaller squads.

Sky Sports reporter Bryan Swanson said the following on Twitter: ‘LATEST: Premier League clubs reconsidering decision not to use five substitutions next season (as per @relucantnicko). New vote expected at meeting on Sept 3 over whether to use 5 subs after all.’

LATEST: Premier League clubs reconsidering decision not to use five substitutes next season (as per @reluctantnicko). New vote expected at meeting on Sept 3 over whether to use 5 subs after all. #SSN