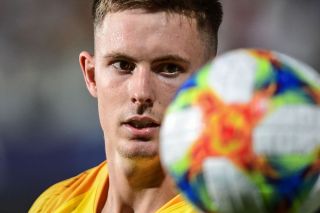 Manchester United have welcomed goalkeeper Dean Henderson back to the club after his two loan spells with Sheffield United.

Henderson, 23, has been with the Reds since the beginning of his youth career and has gone onto make his way through the club’s ranks to become one of the Premier League’s leading goalkeepers.

The 23-year-old has spent the last two seasons on-loan with Chris Wilder’s Sheffield United where he helped secure them promotion and most recently climb to a top half league finish.

Earlier this week Henderson put pen-to-paper and signed a new five-year bumper £120,000-a week deal, as per Sky Sports. The Englishman’s new deal could see him extend his stay with the Reds beyond 2025 as the contract also includes an optional one year.

The Reds have now welcomed Henderson back as he will prepare to rival current first-team keeper David De Gea for the right to wear the club’s number-one jersey.