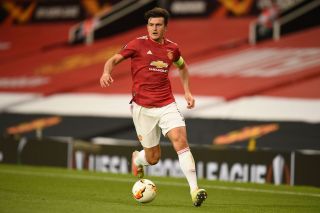 The driver of the minibus that picked up Harry Maguire and his associates in Mykonos has contradicted further points of the Manchester United captain’s story.

Maguire has spoken publicly (via BBC) for the first time about the night he was arrested by plain-clothed Greek police and later convicted for repeated bodily harm, attempted bribery, violence against public employees and insult.

His defence team in Mykonos made an appeal against a suspended sentence but they hardly got a fair trial. Maguire was charged and found guilty in less than a week and his account suggests they were mistreated by police.

However, a Greek lawyer looked at Maguire’s story and tore aspects from it, in particular the claim that he did not know the minibus that pickled up him to take them back to their villa had instead stopped outside a police station.

“I would urge all people to have a look at Mykonos police station,” said Ioannis Paradissis, as per GOAL. “It is clearly obvious what this place is either during the day or night.

“There are many police cars parked outside it at night, there is a sign stating that it is a police station and there are officers coming in and outside of the building. The only way you would not be able to tell if it was not a police station is it you are very drunk.

“But clearly, he was not that drunk, because according to him he was able to fight off a group of men he thought were kidnappers and try and escape. If he had the clarity of mind to do that then obviously, he would have also been able to see that the minibus had pulled up outside a police station.”

Xristos Atridis, a taxi driver in Mykonos, further contradicted that part of Maguire’s story in a police statement via the Daily Mail. He claims he picked up the group and saw two men who ‘tried to calm things down’ as a row broke out — announcing themselves as police officers.

Some in Maguire’s company then apparently pushed one of the officers before the taxi driver was ordered to take everyone to Mykonos police station.

So, that’s what Atridis claims to have done but he also notes that two passengers then jumped out and tried to flee the scene, adding that ‘he did not see them attacking police officers or being attacked by them.’

This one is going to bubble on awhile.