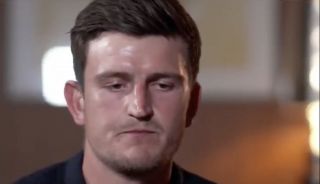 Manchester United captain Harry Maguire has given a heartfelt and genuine interview speaking about his recent arrest in Greece where he holidayed with friends and family.

Maguire, 27, was arrested last week after a brawl broke out between two parties in the Greek town of Mykonos.

The English defender was arrested, charged and found guilty of three charges, including assault and bribery, as per Sky Sports, however, those convictions were soon overturned and a full retrial granted.

Now back on home soil, Maguire has given his first interview to the BBC where he admits that he feared for his life and was worried he had become the subject of a kidnapping plot.

Maguire also mentioned that he regrets the situation but refuses to apologise as he feels he has done nothing wrong.

Harry Maguire said he feared for his life when Greek police arrested him last week as he thought he was being kidnapped.