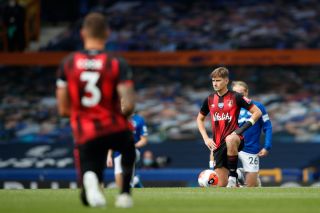 Manchester United’s summer transfer window has been nothing but a disappointment thus far – even leading the club to release a statement explaining how they remain committed to backing the manager financially, but due to the economic impact of the COVID-19 pandemic, this summer will not be business as usual.

With Borussia Dortmund holding out for €120m for Jadon Sancho, as per The Express, the realisation has dawned on Manchester United that the star may not be available this year. Sky Sports reporter Dharmesh Sheth said it’s “now or never” regarding the transfer.

One alternative the club has discussed is Bournemouth’s David Brooks, a 23-year-old versatile playmaker who can play anywhere in the middle of the park. Brooks’ versatility is shown with 31 appearances as a right-winger and 22 each as a false nine and attacking midfielder.

The Welshman, formerly of Manchester City and Sheffield as a youth player has been highly tipped to leave the Cherries after their relegation from the Premier League. With 39 appearances in the top flight during his short career, Brooks has bagged 8 goals and provided 5 assists averaging 1 goal contribution per 3 appearances.

The winger’s most prolific season came in the 2018/19 campaign and shortly after suffered an ankle injury which required surgery, keeping him out from July 2019 to June 2020 during the Premier League’s restart. Brooks missed 33 games for Bournemouth in the recent campaign, hinting to the possibility they may have avoided relegation with his goal contributions. It remains to be answered whether United would be willing to take the chance on the youngster, given his past injury record.

However, a deal seems to be possible at around a £40m fee, with Bournemouth looking to sell amid the financial fallout post-relegation. Their intent to move players on has been highlighted with the sale of ‘keeper Aaron Ramsdale to Sheffield United and Dutch centre-back Nathan Ake to Manchester City. Most United fans seem to encourage the signing of Brooks – but don’t see him as a worthy alternative to Sancho but as a player to increase the reds’ thin squad depth.

If David Brooks is brought to Old Trafford this summer, it would likely see the rotation of Anthony Martial and Mason Greenwood at the CF role and Brooks occupying the right-flank. United legend Ryan Giggs who is currently managing Brooks on the international stage for Wales sang the praises of the young prospect. According to the Shropshire Star, Giggs described Brooks as “an intelligent player who can play in different roles across the front three, and even in the deeper role.”

With Manchester United looking less likely every day to get on with business, most fans would take anything they could get at this rate. What is your opinion on David Brooks? Let us know!