Manchester Evening News report that Jurado and Fernandez’s transfers are both subject to international clearance, which is currently being held up by the backlog of transfers around Europe.

The MEN add that the duo have been moved into accommodation arranged by United and are expected to self-isolate for 14 days under government guidelines.

Barcelona youth product Jurado was spotted arriving at Manchester airport  on Wednesday afternoon ahead of his imminent transfer.

As noted by Goal, the 16-year-old right-back turned down a professional contract to remain at the Nou Camp and will become the first Barca player United have signed since Gerard Pique in 2004.

Meanwhile, Fernandez spent three years in Real Madrid’s academy but has moved to United’s youth setup after failing to agree a deal to remain with Los Blancos.

The highly-rated young left-back is set to sign a four-year deal with United, as reported the MEN.

United’s growing reputation for nurturing and offering opportunities to young players is allowing them access to acquire some of the most talented youngsters across Europe.

Fernandez and Jurado are expected to join up with Neil Ryan’s Under-18 squad and will meet their new teammates when their 14 day self-isolation period is over.

Jurado has been documenting his trip to Manchester via Instagram and posted a picture of himself and Fernandez in their new club training gear on Thursday morning.

See the picture below: 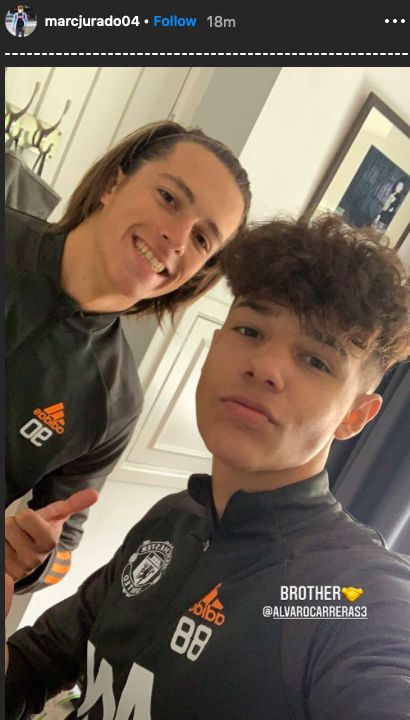