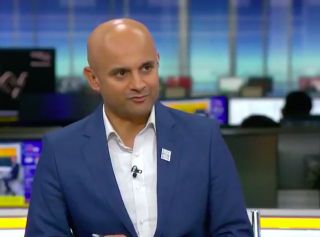 Sky Sports reporter Dharmesh Sheth has given a welcome update on Manchester United’s transfer business amid growing concerns of inactivity.

There is no indication that United are close to completing a signing this summer, despite rivals such as Arsenal and Chelsea strengthening and a clear need for Ole Gunnar Solskjaer to bolster his squad.

United’s interest in Jadon Sancho is an open secret but the club appear to have hit an impasse in negotiations with Borussia Dortmund as the Bundesliga club are not prepared to compromise on a deal for the England international.

Sheth believes United fans should not be too concerned at the current inactivity as there is still plenty of time in the window to do business.

He states Sancho remains United’s number one target but other alternatives could be explored including Juventus winger Douglas Costa and Bayern Munich forward Kingsley Coman.

It is also noted that Solskjaer would ideally like to acquire another central midfielder and defender, but he may have to jettison some surplus squad members to raise funds for other high-profile targets.

Diogo Dalot, Jessie Lingard, Marcos Rojo, Chris Smalling and Phil Jones are all mentioned as players United may be willing to listen to offers for this summer.

Listen to Dharmesh Sheth’s update below, via Sky Sports:

🗣"They is plenty of time to do their business" @skysports_sheth with the latest on Manchester United's transfers pic.twitter.com/S8lcAMWANo