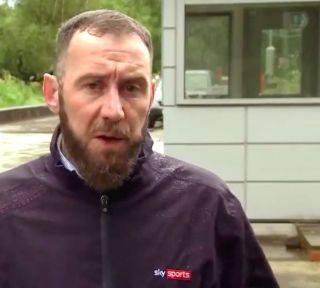 Manchester United have given no indication that Harry Maguire will lose his captaincy at the club, according to Sky Sports journalist James Cooper.

Maguire was found guilty on all three counts of bribery, aggravated assault and resisting arrest on Tuesday after being involved in an incident with police while on holiday in Mykonos.

The 27-year-old was withdrawn from the England squad after the guilty verdict, despite being named and backed by manager Gareth Southgate just hours earlier.

Maguire has protested his complete innocence throughout and will appeal the verdict given in Greek court.

The United defender sent a message to his followers on Instagram quoting Buddha early on Wednesday morning, suggesting the ‘truth’ will come out eventually.

But Cooper believes Maguire’s appeal will be a long and drawn out process that could take quite some time.

Cooper states that there is no indication yet that Maguire will lose the armband and the club are supporting their player at this time.

Listen to Cooper’s update on Maguire below, via Sky Sports News

James Cooper on the latest with Harry Maguire from Manchester United pic.twitter.com/ATPmvtSzRT