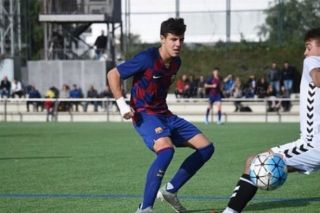 Jurado’s move to the United has been no secret and we’ve expected an announcement for some time, with Goal previously suggesting that the 16-year-old full-back turned down a professional contract at the Nou Camp.

And Jurado has uploaded a picture to Instagram stating that he is ‘excited’ to get started as a Manchester United player.

Signing players from the renowned La Masia youth system is a good strategy to sign the best of talents in Spanish football.

He becomes the first United signing from Barcelona since Gerard Pique in 2004.