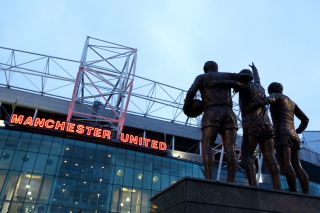 Barcelona teenager Marc Jurado is flying to the UK to complete his ‘dream’ transfer to Manchester United.

Jurado’s imminent move to United has become an open secret in recent weeks and the 16-year-old is finally flying out to Manchester on Wednesday.

As reported by Goal, the highly-rated full-back turned down a professional contract at the Nou Camp in favour of a move to Old Trafford.

And Jurado confirmed he was en route to Manchester with an Instagram story saying ‘A new dream is coming’.

United have a growing reputation for nurturing and offering opportunities to young talent and the acquisition of one of the most exciting players to graduate from the fabled ‘La Masia’ youth system is a serious coup.

The Spaniard will not be able to immediately start training with his new teammates as he will forced to self-isolate for 14 days under UK coronavirus safety restrictions.

But when he does eventually arrive at Carrington, he is expected to join up with Neil Ryan’s Under-18’s squad and we look forward to keeping a close eye on his development.

Jurado will become the first United signing from Barcelona since Gerard Pique in 2004.

See Jurado’s Instagram story below,  as posted by Utdreport:

Click here to read a detailed profile on everything you need to know about United’s new signing Marc Jurado.