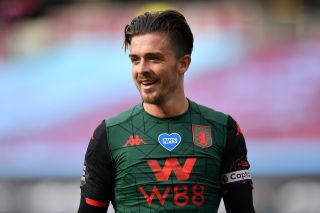 Manchester United remain in contact with Aston Villa regarding a move for Jack Grealish, according to the Daily Mail.

Ole Gunnar Solskjaer could look to Grealish if the club continue to struggle in their attempts to sign Jadon Sancho.

Although they are not like-for-like players, it wouldn’t surprise us if United looked at Grealish as a more doable transfer at this point.

Sources have told Stretty News that the player would be interested in a move to Old Trafford, however, links about such a deal have blown hot and cold this summer with the Reds focusing on trying to lure Sancho.

The Mail suggest United could offer goalkeeper Sergio Romero to Villa as part of the deal as they look to cut costs on transfers.

With Dean Henderson after committing his long-term future to United, Romero could be allowed to leave. He’s not going to accept being third choice goalkeeper next season and it’s mind boggling to think he hasn’t been knocking on Solskjaer’s door all season while David de Gea has struggled as No.1.

The report adds that Villa want £80m for Grealish but throwing Romero into the mix could reduce the price a bit.

Grealish was overlooked by Gareth Southgate when the England manager named his squad for the upcoming Nations League fixtures next month. If the Villa playmaker was to join United it would make him a lot harder to ignore when it comes to international call-ups.