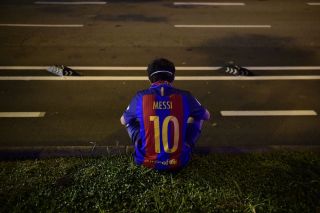 Lionel Messi has told Barcelona that he wants to leave the club.

The six-time Ballon d’Or winner made his league debut for Barcelona in 2004. The Argentine has helped Barcelona win 10 league titles in his time at the club, as well as the Champions League four times, and he is considered one of the greatest footballers of all time.

So, with that in mind. How do you inform the board that you wish to leave? Of course, by fax.

Ronald Koeman spoke with Messi last week, making it clear that he wanted him to stay at the Camp Nou. But things have taken a turn since then. It seems as though the humiliation of losing to Bayern Munich, poor recruitment and another change in management, have accumulated to the situation we see now.

Messi is 33 years old, his career is beginning to wind down. He doesn’t have time to wait for Koeman and the board to rebuild, especially after seeing them recruit overpriced flops such as Dembele, Coutinho and Griezmann.

Or is it as simple as he wants a fresh challenge?

Cristiano Ronaldo has continuously challenged himself. Swapping Manchester for Madrid, before making the surprise move to Turin in 2018. Proving himself to be one of the all time greats, making his mark in the Premier League, La Liga and Serie A, something Lionel Messi has not done. 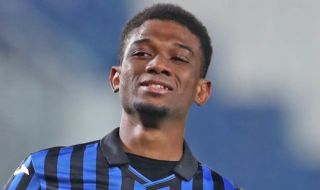 The board have called an emergency meeting to tend to the matter of arguably, the best player in the world leaving for nothing.

Former Barcelona defender Carles Puyol, who was captain and teammate to Messi, tweeted his support to the Argentine.

According to Football Leaks, Messi earns in the region of £100m a year. Therefore, even if you secured his signature via a free transfer you would be looking at £300m, based on a three year contract.

In the middle of a global pandemic, with clubs across the globe taking a financial hit due to empty stadiums. It doesn’t make financial sense to invest such money in a 33-year-old.

For that reason, it whittles down his options. If he genuinely wants to challenge himself, he will opt for a move to Manchester City. He can test himself in the toughest league and be reunited with Pep Guradiola.

🔴 BREAKING: Messi decided to continue his career in Manchester City 🚨

🗣️ "I'm going to talk to Pep so he can arrange the arrival to the City. The soccer there is spectacular and it adapts to what I want".https://t.co/1t1sDKs0Ve pic.twitter.com/GvGs9j1aRI

If he would prefer to take it easy and enter early retirement, a move to the USA or UAE would seem his best bet.

Or if Serie A is an option, Inter Milan or Juventus would be two genuine suitors. The thought of seeing Cristiano Ronaldo and Lionel Messi appear for the same team is not only mind blowing, it’s also unrealistic. Pirlo is moving numerous players on, with the aim of getting their astronomical wage bill down.

That leaves one other option, Paris Saint-Germain. Would a move to Paris appeal to Messi? The league is on par with the SPL and he would be reunited with his old friend – Neymar.

Either way, the news has sent shock waves across the sport. It’s presenting a sad end to a wonderful bond between the Argentinian and the Catalonian team.

Will he force Barca’s hand and leave on a free? Let’s wait and see. 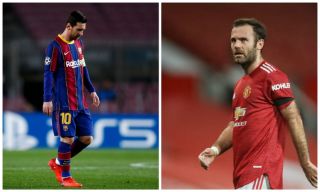 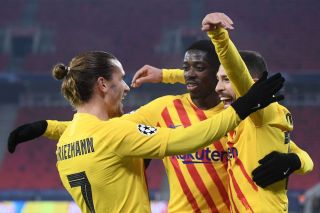