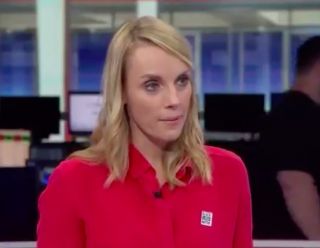 Harry Maguire’s trial is underway in Greece after the Manchester United captain was arrested after an altercation with local police on Thursday evening.

Maguire’s lawyer Alexis Anagnostakis has said that two Albanian men injected his sister Daisy with a substance on the night of his arrest.

The defence say that Maguire, his brother Joe and friend Chris Sharman planned to go to the nearest hospital after Daisy fainted following the injection.

Instead, a driver took the trio to a police station where Maguire’s subsequent arrest occurred.

The defence also say Maguire was assaulted by officers with one telling him “your career is over”.

The prosecution have stated an entirely different version of events, stating that Maguire attempted to bribe the police by giving them money for his freedom.

Maguire is not present at the trial after being granted the option to return to the UK following his arrest.

Sky News’ Martha Kelner has been covering both the prosecution and defence’s arguments:

Prosecution allege that once at the police station Harry Maguire said: “Do you know who I am? I am the captain of Manchester United, I am very rich, I can give you money, I can pay you, please let us go”

Defence say that when they arrived at police station they were assaulted by officers who kicked Harry on his leg telling him “your career is over”.

See the cases put forward by the prosecution and defence below, as explained by Rebecca Williams on Sky Sports News:

🗣 "They claim Harry Maguire said 'Do you know who I am? I'm the captain of Manchester United, I'm very rich, I can give you money. I can pay you. Please let us go"

🗣 "Harry Maguire's sister was injected with something, she fainted immediately. Instead of being taken to the hospital, they were taken to the police station.