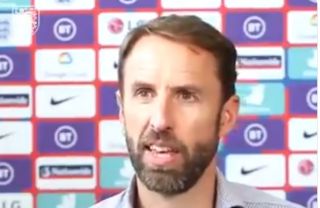 The 18-year-old hit the net 17 times in all competitions and he will be aiming to better that next term — along with opening his account in an England shirt.

Four United players have made Gareth Southgate’s squad, including Greenwood. They include Dean Henderson, Marcus Rashford and Harry Maguire.

In the video below, Southgate explains the call-ups for Greenwood and Man City’s Phil Foden.

After handing them their first senior call-ups, Gareth Southgate says it's down to @PhilFoden and @masongreenwood to make the most of their opportunity to forge a place in his thinking for #EURO2020: pic.twitter.com/5UY1ZuuKO2

He makes it very clear that they will be in contention for Euro 2021 so long as they take their opportunities.