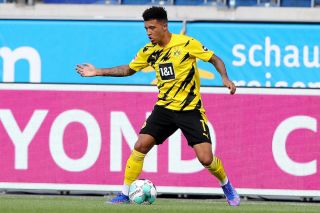 It’s been a difficult three weeks if you lack patience and support Manchester United.

The Reds are yet to make a signing in the summer transfer window and there has been few signs of movement since the market opened.

Chelsea are getting business done but from the outside it looks like United are sitting idle, as well as trying to restrict what certain people say about the club…

Transfer mind games with Borussia Dortmund have become extremely tiresome with both clubs still far apart in their valuations of the player. However, according to Manchester Evening News, Jadon Sancho’s wage demands were described by a source as a ‘real issue’ which is funny when so many outlets ran headlines suggesting personal terms were ‘close’ to be agreed, as per Sky Sports.

What should we believe?

The latest suggestion from the MEN is that United could cancel all plans to sign Sancho this summer and instead come back at a later date, knowing they won’t get him any cheaper and that more clubs will probably be in the race to sign him.

It’s understandable to see fans on social media get frustrated that after three weeks of the market being open there are no signs of any incomings for the Red Devils. Perhaps they will say it’s down to financial impact of the global pandemic, and I wouldn’t put it past the Glazer family using that as an excuse.