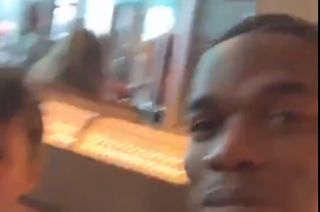 Paul Pogba gets a very hard time from the British press. So much that they will probably either completely ignore this lovely gesture with a young fan or they will find a way to criticise him for uploading the video on social media.

Most people have strong opinions when it comes to Pogba despite not knowing him. I also feel that his perception has been tarnished through the work of super agent Mino Raiola.

Anyhow, this clip will make your day. Pogba clearly bumps into a young fan whilst out and decides to record a clip to give the kid’s dreams of playing in the Premier League some exposure.

It’s unclear whether the kid in question supports United but he states that his preferred position is right back. Perhaps a future candidate to push Aaron Wan-Bissaka?!

The excitement takes a hold as he wipes away a few happy tears.

You love to see it!

Pogba getting that fan love 🥺 pic.twitter.com/nVgPhRF2cL