Manchester United will complete the signing of highly-rated Barcelona youngster Marc Jurado in the coming days.

It was reported by the Manchester Evening News in May that the Reds had agreed a deal to sign Jurado, who turned down a professional contract at Barcelona in favour of a move to Old Trafford.

And Goal have now confirmed the 16-year-old full-back’s arrival will be confirmed imminently after a delay in finalising international clearance.

Jurado played in  Barcelona’s Juvenil A youth team this season and was expected to progress through to the Barca ‘B’ side had he stayed at the Nou Camp.

He is set to become the latest talented teenager to join up with Neil Ryan’s Under-18 side, after the club already announced the arrivals of Sunderland prospects Logan Pye and Joe Hugill.

Ryan’s Under-18’s have been in pre-season training for three weeks but Jurado won’t be able to join up with his teammates for 14 days after arriving in Manchester due to self-isolation rules in the UK.

Jurado all but confirmed his move after replying to a recent Bruno Fernandes Instagram post with ‘We keep fighting’.

See the teenager’s response to Fernandes’ message to his 2.6m followers below: 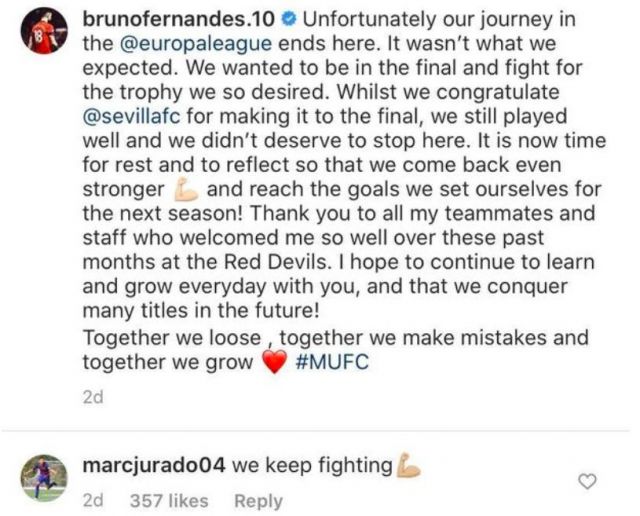 READ MORE: Dortmund not to blame as Sancho to Man Utd transfer held up by two problems