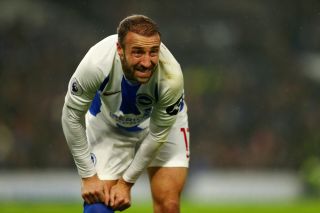 Suarez, 33, was part of the Barcelona side who recently suffered a crushing and humiliating 8-2 defeat to German champions Bayern Munich at this season’s Champions League quarter-final stage.

The elite Uruguayan made the famous switch from arch-rivals Liverpool to join Barcelona in 2014 in a transfer which cost the Catalan side £73.55m, as per TransferMarkt.

During his six years with the Spanish club, Suarez has scored an eye-watering 198 goals and set a further 109 up in 283 appearances in all competitions.

The experienced forward’s prolific goal-scoring ability has helped his side win 13 major trophies including four La Liga titles and one Champions League trophy.

However, despite Suarez hugely successful time in Spain, his time at Barcelona does appear to be coming to an end after sentiments echoed by leading football journalist Fabrizio Romano stated that the club are open to selling the forward.

Keep an eye on Luis Suarez situation. He has not been mentioned by the president Bartomeu between the “untouchables”, Barça would be ready to sell him if they’ll receive an “important bid”.
Ajax have contacted his agent and will try to get him back. Many clubs to follow. 🇺🇾 #FCB

Murray’s claim is most shocking considering the history between both the United faithful and Suarez after his infamous clash with ex-defender Patrice Evra which saw Suarez allegedly direct racial language towards the French left-back.

According to Murray, he believes United should look to strike a deal to bring Suarez back to the Premier League in an attempt to emulate the success of Ruud Van Nistelrooy.

“I think Martial is definitely good enough to be part of that front three,” the Brighton striker said, “I don’t really think Solskjaer wants somebody to lead the line; I think he wants a more interchangeable three that when the play breaks down the three strikers he picks are comfortable anywhere.

“Saying that, I do think that with Martial and Rashford at either side, a pure goalscorer in the middle would benefit Manchester united massively.

“Someone that springs to mind who I think would thrive in this team is someone like Van Nistelrooy.

“If you’re talking about bringing someone into Manchester United to do that, to score the goals and take the pressure off that three, I would say someone like Jimenez.

“Or, a curveball, Luis Suarez from Barcelona.”