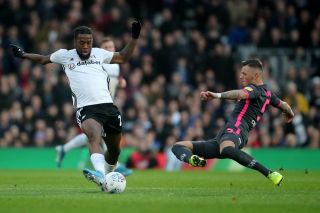 Ben White is reportedly the most wanted player in England at the moment with every top six club in the Premier League emerging as interested parties when it comes to his signature.

The Sun claims Manchester United are among the clubs to have asked Brighton how much it would cost to sign their 22-year-old centre-back, who is in demand after impressing during his season on loan at Leeds United as they achieved promotion to the top-flight.

The report adds that Brighton are set to reject Leeds United’s £35m bid for the defending — which proposes £30m paid up front and a further £5m in add-ons or instalments.

Manchester City, Chelsea, Liverpool, Leicester and Tottenham have also asked the Seagulls how much it would cost to sign White.

He’s yet to play a single game in the Premier League and it doesn’t sound like Brighton want to sell. It is reckoned in the story that they’d demand in excess of £50m…

You don’t need me telling you that’s a crazy amount of money and it would probably turn United off doing a deal.

That said, Ole Gunnar Solskjaer needs defensive reinforcements this season and Victor Lindelof shouldn’t be starting games next season. The Swede is not good enough to partner Harry Maguire in United’s defence and maybe the scouts have come back with promising reports on White?

This is where scouts make their money.

Perhaps proving his worth in the Premier League at Brighton makes most sense right now — but I can understand why newly promoted Leeds want him to remain at their club.