Manchester United midfielder Fred has issued a heartfelt and passionate response after his side disappointingly crashed out of this season’s Europa League after losing 2-1 to Sevilla in last night’s semi-final.

Fred, 27, was named in manager Ole Gunnar Solskjaer’s starting eleven last night and was arguably one the Red’s players on the night.

Despite a decent an overall team performance, United were left disappointed after conceding two poor goals which sealed their European exit and meant they’d been eliminated at the semi-final stage for the third time in the same season.

After last night’s game, Fred took to his social media to post a heartfelt message stating that he is proud to play for this United team. 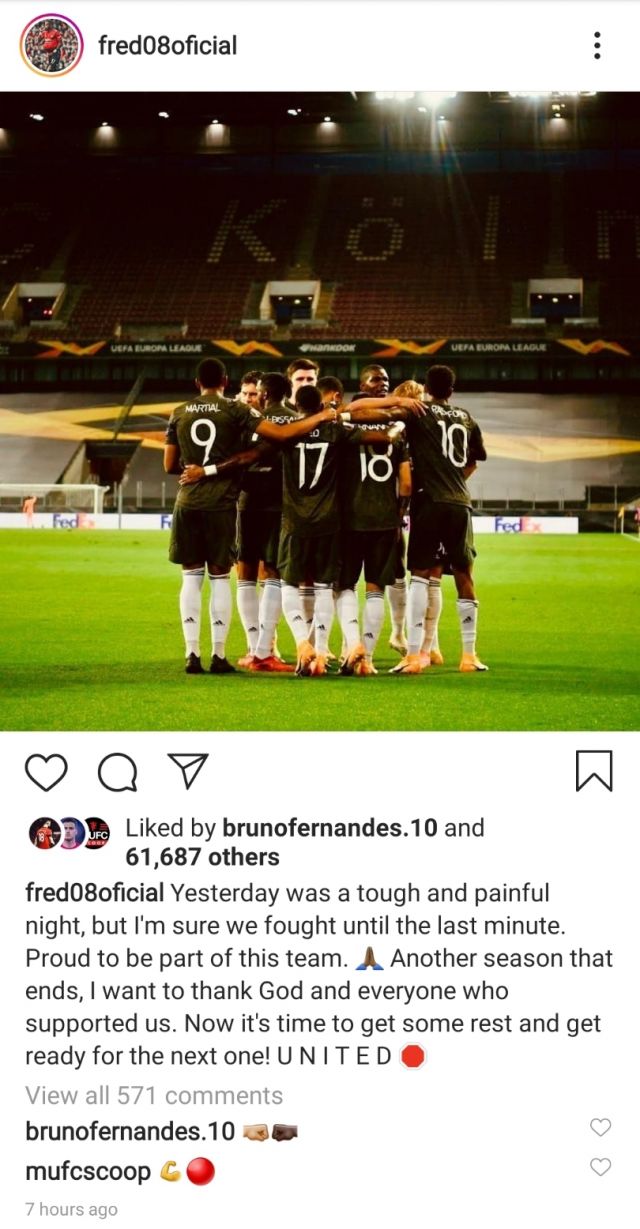