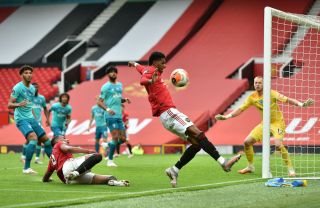 Robin van Persie has argued that the Frenchman is world-class, though I will be reserving judgement until next season because he is certainly moving in the right direction.

He is now listed as a forward and is no longer considered a midfielder.

Rashford (£9.5m) has changed in an opposite manner — from forward to midfielder — after being used on the left flank by Ole Gunnar Solskjaer. He scored 17 goals and racked up a tally of eight assists over 31 appearances.

The past season has seen a better return from both Martial and Rashford. We’re sure they will both be popular choices among fans who enjoy FPL.

Mason Greenwood (£7.5m is the third United player switching roles in FPL this season — moving from forward to midfielder, like Rashford. Having both of them in your midfield could be a bonus in terms of getting points to climb FPL ladders. Midfielders earn one point extra than forwards for a goal.