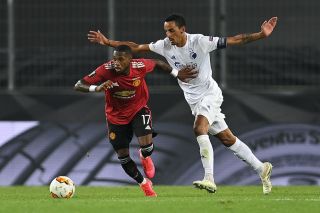 It contains some surprises with David de Gea coming in to replace Sergio Romero, and Fred keeps Nemanja Matic out of the team again.

Paul Pogba will be joined by Fred in midfield with Bruno Fernandes played further forward.

A front three of Mason Greenwood, Anthony Martial and Marcus Rashford will be tasked with hurting Sevilla.

Check out the full line-up below, as per @ManUtd: