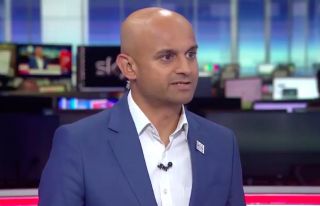 United’s interest in Sancho has become an open secret this summer, though there is no indication that the England international is closing in on a move to Old Trafford.

Sancho flew out to Switzerland for Dortmund’s pre-season training camp ahead of the new season on August 10 and played in their pre-season friendly win against SCR Altach.

On Sky Sports News, Dharmesh Sheth reiterated Dortmund’s stance that they have absolutely no interest in selling their star man in this summer’s transfer window and he will not leave under any circumstances.

But he also acknowledged that Sancho could actually push for a move to United, if the club do what they have not yet done before in making a substantial offer for his services.

It’s baffling that United still haven’t made an official approach for their prime target, particularly as it seems he would be keen on a move to Old Trafford this summer.

But the transfer window remains open for another two months and United still have plenty of opportunity to eventually seal the transfer.

Listen to the update below, courtesy of Sky Sports: