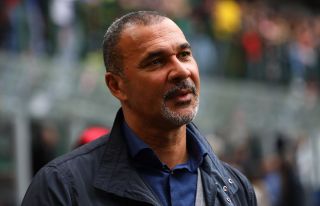 Ruud Gullit believes Manchester United should copy Liverpool’s transfer strategy by focusing on improving on their defence in the summer transfer window.

Liverpool addressed key areas of concern by signing world-class players Virgil Van Dijk and Alisson Becker in 2018 before they were able to end their 30-year title drought.

Meanwhile, as per BBC Sport, United are prioritising a move for Jadon Sancho this summer as Ole Gunnar Solskjaer looks to take his forward line to the next level.

Sancho made 33 goal contributions for Borussia Dortmund in the Bundesliga last season, and could offer United the perfect solution to a lack of width on the right-flank.

But ex-Chelsea midfielder and manager Gullit thinks United must initially prioritise building a platform from the back, and has identified RB Leipzig star Dayot Upamecano as an ideal signing.

“[What] Was the first thing [Jurgen] Klopp did with Liverpool? He bought a good defence,” Gullit told beIN Sports, as quoted by the Metro.

He bought a goalkeeper and good defenders because everything starts there.

“And I think Man United should start there as well. I saw something amazing with Leipzig and Dayot Upamecano.

“He was outstanding [against Atletico Madrid]. He can play football, he’s hard in the tackle.

“Defence is what I would start if I was Man Utd.”

Upamecano is one of Europe’s most talented young defenders and has been highly coveted by a number of elite clubs.

But it would appear unlikely that he will be on the move from Champions League semi-finalists Leipzig this summer after the Bundesliga club confirmed they had agreed a new contract extension for the Frenchman.

Dayot #Upamecano has extended his contract with #RBLeipzig until 2023! 😄😄😄