Manchester United have already achieved what no other Reds side have done for over a decade and reach three semi-finals in the same season.

Not since the vintage of 2008-09 – when United won the League Cup, reached the Champions League final and lost on penalties in the FA Cup semis – have we gone this deep into each of the cup tournaments.

The 2019-20 campaign will already go down in history as the strangest and longest in the history of the sport, but United – a year and three days after their opening win over Chelsea, are two wins away from silverware. But having already lost two cup ties at the last four stage, Ole Gunnar Solskjaer’s side need to make it third time lucky or risk becoming known as the nearly men. Progress comes before success in the dictionary, but that progress will mean nothing if United end up empty handed, never mind falling short of making a final three times in succession.

In an ordinary run of the mill situation, United would, of course, still have work to do but the decision to play all remaining European ties as a one off rather than over two legs has worked in our favour. A 1-0 win over Copenhagen was enough to take us into the last four instead of still needing another 90 minutes.

For only the second time since the competition’s rebranding eleven years ago, the semi-finalists are all former winners of the continent’s second-tier tournament. You’ve got the club that’s won it more than anyone else, Sevilla, Ukraine’s most successful team, 2009 Champions Shakhtar, and – in United and Inter – two genuine heavyweights of the European game. Inter have won three European Cups and three UEFA Cups, whilst United have also lifted the cup with the big ears on three occasions before completing the set by winning this three years ago. It is a top class field and makes a mockery of the often misguided notion that this is a losers cup.

So much so, that there’s an argument to be made that this year’s semi-final line up is stronger in the Europa League than it is in the Champions League. Of the seven clubs left in the latter, only Barcelona and Bayern have ever won it. This is the first time PSG have got beyond the last 16, a feat managed only once by Manchester City. 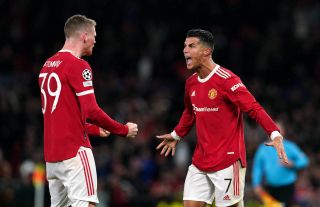 If we’re being honest, the draw been very nice to United, getting us through a group of Astana, AZ Alkmaar and Partizan Belgrade before we faced Brugge and LASK in the knockouts, going on to edge past Copenhagen. United should be beating those teams with ease and so it proved. Sevilla though, will be our toughest test so far.  They are a better side than the one that knocked United out of the Champions League two years ago, but let’s not dwell on that. The La Liga side have a strong affinity with this competition and have won 24 out of their last 25 knockout ties in it. Sevilla are vastly experienced, they have the know how and will give the Reds a run for their money. If United are to win it, they will have to do so by knocking out the two strongest sides left in the tournament. Shakhtar, for their part, won the last pre-Europa League tournament and have consistently strong pedigree at this level. A club with a heavy Brazilian representation, they are Ukrainian champions and should not be under-estimated. You don’t get to a European semi final by luck alone. There’s certainly no making up the numbers.

Right from the moment the first ball was kicked in the knockout stages, with Inter – like Shakhtar –  having been demoted from the Champions League – the Reds of Manchester and the Rossoneri of Milan have looked set for a collision course.

Inter, packed with a plethora of former Premier League stars including three ex-Reds and a former Chelsea boss – from Christian Eriksen, Victor Moses, Romelu Lukaku, Alexis Sanchez and Ashley Young to Antonio Conte. United, with one of most exciting front threes in Europe and a thrilling, emerging blend of youth mixed with experience, back at the top table next season.

Two behemoths with six European Cups between them and two sleeping giants on an upward trajectory, looking to return to former glories. Sevilla and Shakhtar will of course have something to say about that, but there seems a sense of the stars aligning and an occasion befitting of a final.