Manchester United under 23 striker Dillon Hoogewerf has taken to his personal social media to send a classy message of support to first-team midfielder Jesse Lingard.

Lingard, 27, has found himself subject of some intense public criticism and at times, personal attacks by both United fans and rival fans in recent seasons after some sub-par performances.

Now, team-mate and youth prospect Hoogewerf has called for people to support and motivate Lingard rather than trolling him. 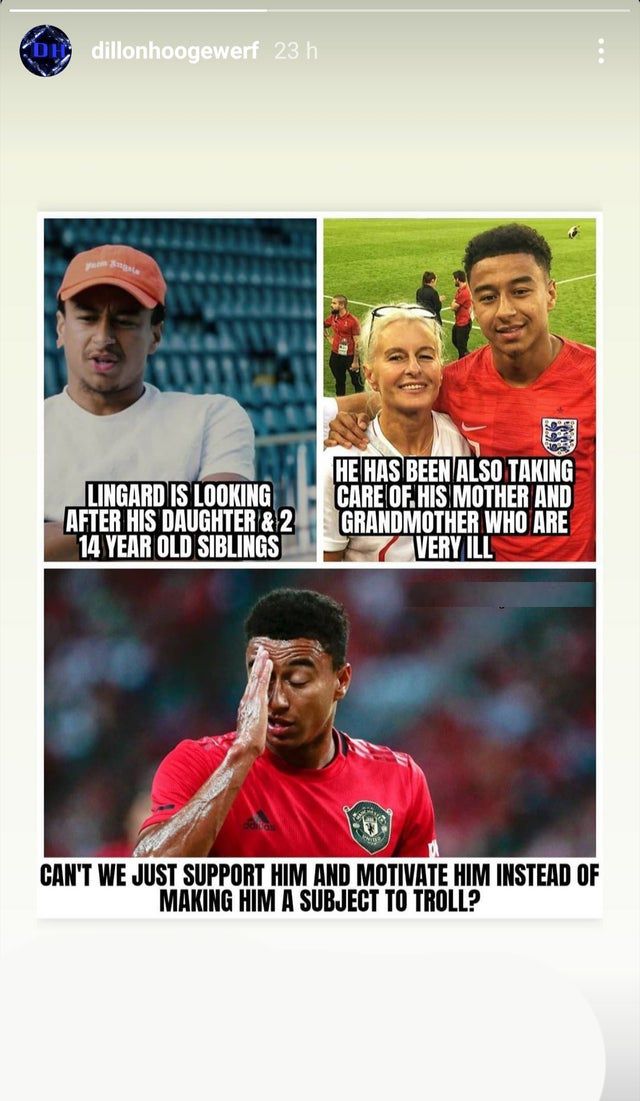 Hoogewerf’s classy message comes in light of his team-mate’s struggles away from the field after it was discovered that Lingard was looking after three children after his mother fell ill.

Irrespective of how good Lingard has been on the pitch recently, we would like to echo Hoogewerf’s message.

It will never be okay to relentlessly abuse someone.

Hopefully Lingard can come back next season even stronger and put his critics to shame.