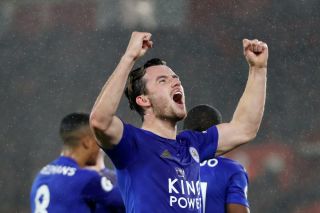 Leicester City full-back Ben Chilwell’s future has been cast into further doubt as it has been recently reported that despite looking certain to join Frank Lampard’s Chelsea, Manchester United have now entered the late race to sign the Englishman this summer.

Chilwell, 23, was part of the 2015-16 Foxes’ squad who famously lifted the Premier League and has gone onto establish himself as a first-team regular after being at the club since he was 12-years-old.

The young defender has had an impressive season having made 33 appearances in all competitions and being directly involved in a respectable seven goals.

Chilwell is widely regarded as one of the most consistent left-backs in the country as he displays both solid offensive and defensive traits required in the modern game.

The Leicester City man was tipped to swap the King Power for Stamford Bridge earlier this transfer window, however, according to a recent report by The Mirror, United now look set to rival Chelsea for Chilwell’s signature.

The report claims that Chelsea have previously issued Leicester City with an official bid but were left shell-shocked to discover the Foxes’ officials wanted a sum closer to what former centre-back Harry Maguire moved to United for (£80m).

The divide in valuations between the two clubs could open the door for United to snatch Chilwell away from Chelsea, however, for £80m, I would really prefer it if they didn’t.