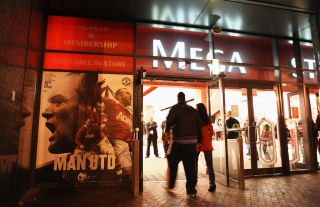 Manchester United’s 2020-21 away kit has recently been spotted for sale in a sports store in Metz, France.

Next season’s grey away kit appears to already be on sale in Europe ahead of it’s release in the United Kingdom.

The kit which is a combination of light and dark grey patterns is far from the extravagant white and black design fans had believed would be next season’s away kit.

The official launch is expected to be announced soon as the club gear up for next season’s Premier League which is scheduled to get underway on September 12.

There is still no indication as to how much the kit’s retail price will be, however, in-line with current market prices, fans can expect to pay between £70 – £100 for the official kit.

It will be officially announced soon. #MUFC pic.twitter.com/wFUXSa3P4g

Read more: Manchester United vs Sevilla: Three areas of danger the Reds will need to be aware of