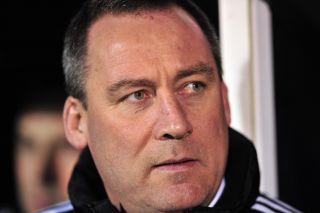 Manchester United’s former first-team coach Rene Meulensteen believes his old club should remedy their problems in-between the sticks, sign a new centre-back and go all out for Tottenham striker Harry Kane this summer.

United have been linked with a host of players already this summer with number-one target believed to be Borussia’s Dortmund’s Jadon Sancho with the Reds understood to be ‘confident’ they can tie a deal up, as per Sky Sports.

However, with goalkeeping errors becoming all too regular from Spanish international David de Gea, United may be forced to clarify who their number-one will be in time for next season.

Elsewhere, manager Ole Gunnar Solskjaer was allegedly spotted on film telling centre-back Nathan Ake that the club are in the market for a left-footed defender.

Former first-team coach under Sir Alex Ferguson Meulensteen believes the three areas his former side need to bolster are in fact in goal, at centre-back and has surprisingly claimed the Reds should go in the market for Spurs’ elite striker Kane.

Speaking to TalkSport, as quoted by Manchester Evening News, Meulensteen said: “They first need to solve and get clarity about the goalkeeping position because now there’s a debate about De Gea and the rumours with Schmeichel, but also Henderson is there.

“So that needs to be solved to make sure that’s clear. People are on De Gea’s back, but he’s still a very good goalkeeper; he’s had a few blips this season, he needs to sort that out.

“They also need someone next to Harry Maguire to strengthen that [defence]. ‘They’re bringing Jadon Sancho in, but more than anything, I would have gone for a more prolific out-and-out striker, somebody like Harry Kane.

“There is so much creativity coming from midfield with [Bruno] Fernandes, [Paul] Pogba, [Marcus] Rashford, [Anthony] Martial… they can all contribute to goalscoring.

“But [they need] somebody in the middle who’s going to score 25-plus goals. That will close the gap for United.”