The Premier League Manager of the Season nominees have been announced as Jurgen Klopp, Chris Wilder, Brendan Rodgers and Frank Lampard.

Manchester United fans have taken to social media to gesticulate over the nominees, feeling the decision to overlook Ole Gunnar Solskjaer and select Lampard was unfair.

Solskjaer guided United to a third placed finish in the league in his first full season in charge when at one stage it looked like the Reds would miss out on European qualification altogether.

Chelsea, meanwhile, lost their third place spot in the final games of the season but managed to finish in fourth to secure Champions League qualification. 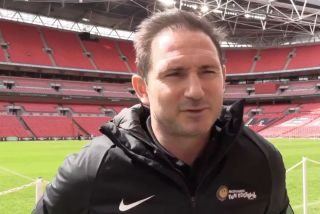 Solskjaer’s United side did the double over Chelsea in the league this term, with the 2-0 away victory at Stamford Bridge a springboard for the Reds to finish their last 14 games of the season unbeaten.

Lampard was clearly nominated for securing a Champions League place with a transfer ban and having just lost the club’s best player in Eden Hazard.

Admittedly, United’s season was transformed by the January arrival of Bruno Fernandes, but supporters are still frustrated to see their Norwegian boss ignored when his side finished above Chelsea.

Brendan Rodgers is also arguably a controversial choice after his Leicester side threw away a large points advantage to relinquish a Champions League spot on the final day of the season.

The nominations are in!

Why’s Ole not there?

2 managers who finished below Ole after being so far ahead of him. How on earth is Lampard thee when Ole beat him twice and finished above him. As for Rodgers, he bottled a 14 point gap on 5th. Classic births media bias.

No Ole, no Nuno, Lampard is a joke to be there. Chelsea only consistent in beating average teams tbh

Can anyone genuinely explain to me why Frank Lampard has been nominated for manager of the season, but Ole Gunnar Solskjaer hasn't? Completely baffling. #mufc

Ole finished higher than 3 out of the 4 managers and beat Lampard home and away.

Frank Lampard has been nominated for Premier League manager of the season. Ole Gunnar Solskjaer (who beat him three times, finished above him and still has a chance of silverware) hasn't #mufc

Ole beat Frank Lampard thrice and finished above him .
No clue why Rodgers is there haha

Wilder, Nuno, Hasenhüttl, Klopp should have been the 4 with Wilder or Nuno winning it.