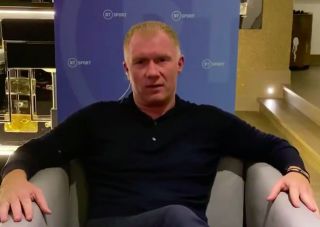 Sanchez is finally about to end his Old Trafford nightmare, with Ole Gunnar Solskjaer confirming in his post-match interview after the LASK victory that the Chilean forward would be announced as an Inter Milan player on Thursday.

The news of Sanchez’s permanent departure will come as a relief to United, who must acknowledge one of their worst transfer decisions in recent memory and learn from their mistake.

Scholes did not mince his words when reacting to Sanchez’s exit, stating the ‘sooner they get rid of him the better.’

The Class of 92 member shares the same belief as large sections of the fanbase, who were desperate to see the 31-year-old off the wage bill this summer.

He highlighted the disastrous five-year spell of recruitment in the post Sir Alex Ferguson era and praised Solskjaer for his ruthless approach in the transfer window since his arrival.

Listen to Scholes’ and Owen Hargreaves’ verdict on Sanchez’s departure below, via BT Sport:

"Sooner they get rid of him the better."

"He was part of a spell where recruitment was abysmal."

From tomorrow, Alexis Sanchez will no longer be a Man Utd player.

Paul Scholes and Owen Hargreaves give their take on a disaster of a transfer.#Club2020 pic.twitter.com/kwF06uCKmG