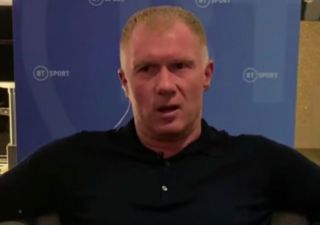 There has been a lot of talk about the Borussia Dortmund winger joining Manchester United this summer which is why Scholes was asked a question about the potential arrival.

It remains to be seen if United can do a deal with the Bundesliga outfit who we can only imagine are demanding a hefty fee for Sancho’s signature.

While not signing Sancho would be a blow for the Reds, Sancho believes United already have players in his position. He believes Harry Kane would be a better option.

“I don’t think it’s a major priority (signing a right-sided forward),” Scholes told BT Sport (via Manchester Evening News). “Don’t get me wrong, he is a top-quality footballer. He would improve Liverpool, Man City and Barcelona.

“He is a goalscorer and would make lots of goals. But we have three wide-stroke-centre-forwards who are very similar to Sancho. They might not be as good as him but they could be.

“If that was Harry Kane we were talking about, I think we would be more desperate. We need a centre forward but Ole doesn’t seem like he wants that type of player anymore.”

I don’t think Spurs are looking to sell Kane this summer and would demand a lot more money for his signature than Dortmund want for Sancho.
Injuries are a concern — for a player who would be our most expensive of all-time

Two big arguments against Kane, and I think Sancho is made for Old Trafford. Hopefully United can sign the player that appears to be their main target this summer.