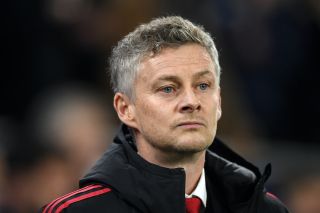 Manchester United are preparing to resume their Europa League campaign when they host Austrian side LASK in this evening’s second leg round of 16 tie.

The Reds go into the game 5-0 up on aggregate which has prompted manager Ole Gunnar Solskjaer to ring the changes.

A selection of United fans are not happy to see Fosu-Mensah start ahead of Portugal’s Diogo Dalot, with some even calling the decision to leave the 21-year old out as ‘a disgrace’.

Dalot has failed to feature for United since the FA Cup tie against Norwich in June where he looked rusty and well off the pace.

He made just one league appearance this term and has again been overlooked for Fosu-Mensah in tonight’s formality at Old Trafford.

With reports already circulating that Dalot could find himself a summer transfer for Spanish giants Barcelona, as per Mundo Deportivo, Dalot’s exclusion from what is a dead-rubber match is surely the clearest indication that yet that the full-back has no United future.

The way Dalot is being treated is a disgrace. Better than both full backs that are starting tonight and he can’t get a game
If this was Jose treating him like this everyone would lose their minds but because it’s ole it’s fine

Dalot not even on the bench tonight, I had high hopes for him but looks like he doesn’t have a place in this squad.

Dalot won us the penalty against PSG ffs.
Lingard scores his first EPL goal in a whole campaign and gets to keep his place.
Please respect Dalot pic.twitter.com/gPLg4XiY06

Dalot and Lukaku are the reason Ole got the fulltime job in the first place.
One of them was sold, the other is on the way out.
Really, REALLY vile human being. No two ways about it

Dalot snubbed once again.
What is that TFM does gets him the spot over Dalot? This has to be an attitude problem.

May aswell sell Dalot and get some money for him because this guy can’t even make the bench against LASK, he’s just not wanted by Ole it seems

Dalot is 10x the full back Williams is and the numbers are there to back that up
Is it because dalot is a Jose signing or he isn’t British or from the academy that you don’t keep the same energy????