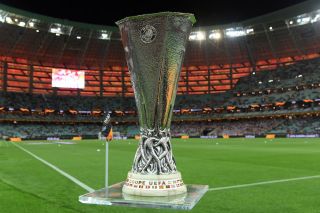 Manchester United are set to face-off against Austrian side LASK in their dead-rubber second leg round of 16 tie which they head in to 5-0 up on aggregate.

First leg goals from Odion Ighalo, Daniel James, Juan Mata, Andreas Pereira and Mason Greenwood have all but secured United’s place in the Europa League quarter-finals which is scheduled to take place on Aug 10.

Assuming United can safety navigate tonight’s tie, manager Ole Gunnar Solskjaer now knows who his quarter-final opponents will be after Danish side FC Copenhagen came back from 1-0 down to beat Istanbul Basaksehir.

United will hoping they can go all to the way to lift the illustrious trophy for the second time in three years with their route to Cologne already mapped out.

The Reds will face FC Copenhagen in the quarter-finals with a potential semi-final fixture against one of Olympiacos, Sevilla, Roma or fellow Premier League rivals Wolves up for grabs.

The 2019-20 Europa League final is scheduled to take place on Aug 21 at the Rhein Energie Stadion, Colonge, Germany.

All eyes on this evening’s game as it currently remains 0-0 on the night and 5-0 on aggregate after 10 minutes.