Former Manchester United youngster Angel Gomes has signed for Ligue 1 side Lille after rejecting a new deal to remain at Old Trafford.

Gomes was at United’s academy from the age of six and became the youngest player the club has fielded since Duncan Edwards when he made his debut against Crystal Palace in 2016.

As reported by the Manchester Evening News, the 19-year-old grew increasingly frustrated by a lack of game time under Ole Gunnar Solskjaer before his release this summer.

The England youth international made just three starts for the first-team this term, all of which came in the Europa League group stages.

And Sky Sports have confirmed that Gomes has finally chosen his next club, with the youngster signing a five-year contract at Lille.

But Gomes has been immediately loaned out by the French club and will spend the 2020/21 season in Portugal with Boavista.

Gomes spoke out about his 13 years at United on Tuesday, thanking everyone involved in the club and wishing them the best of luck for the future. 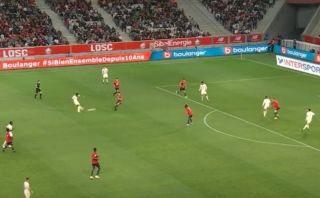