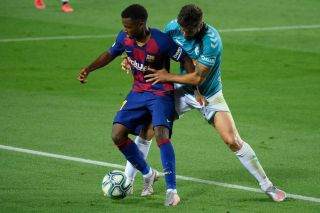 Earlier this year, Manchester United were reportedly set to launch a bid worth an eye-watering £140m for Barcelona teenage sensation Ansu Fati, according to The Times, but Barcelona president Josep Maria Bartomeu has set the record straight.

There were claims earlier this year that United were prepared to launch a monumental £90m bid with up to £50m in add-ons for the 17-year-old teenage sensation after it was rumoured that super-agent Jorge Mendes wanted to spark a bidding war for his client.

However, in a recent interview with Sport, Barcelona president Bartomeu has cleared the rumours up and set the record straight saying: “We haven’t had any formal offers but there has been interest from some clubs.

“Barça’s answer has always been ‘no’. Ansu isn’t for sale and is indispensable for the future of the club.

“He represents La Masia as someone who comes through the academy, learns and consolidates his place in the first team.

“He made the jump from the Juvenil side to the first team and there aren’t many players like him.

“Barça can’t sell Ansu, even if it might feel like an option to balance the books during a pandemic.”

Fati, left Sevilla’s youth set-up in 2012 at just 10 years old when he opted to join Barcelona’s youth academy instead. 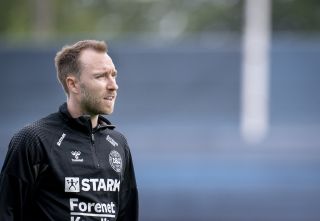 The youngster went onto make his senior competitive debut in Aug 2019 in La Liga when he came on in Barcelona’s 5-2 win over Real Betis.

The teenager is arguably one of Europe’s most highly rated talents and Bartomeu insists he wants Fati to follow in legend Lionel Messi’s footsteps and remain at the Spanish side for ‘the rest of his life’ when he said: “We never considered letting him go. The opposite, in fact, what we want is to aid his development and extend his time here so that he plays at Barça for the rest of his life.

“He signed a contract as a Barça B player and now the plan is to promote him to the first team. That contract he signed in December had this in mind. He’ll join the first team because he’s won his place there.

“Alongside Riqui (Puig) and (Ronald) Araujo, it shows La Masia is capable of producing young players who can be good enough for the first team. These players prove that La Masia, even if people say it doesn’t work, continues to produce footballers.

“You can’t always do that with every generation but we now have three players who are here (in the first team) to stay.”