Manchester United could be set to decline Roma’s offer to extend Chris Smalling’s loan deal beyond this season as the Reds are reportedly hopeful of using the English centre-back and cast off Alexis Sanchez in a part exchange offer for Milan Skriniar.

Smalling, 30, has been with Roma on loan for the duration of this season, however, recent reports suggest that Roma are hopeful of making the Englishman’s move a permanent one despite closing in on free agent Jan Vertoghen, as per Corriere dello Sport.

Smalling has endured a very impressive campaign and appears to have had a late revival in form having bagged five goal contributions in 30 domestic appearances with his latest being a towering header against Torino. 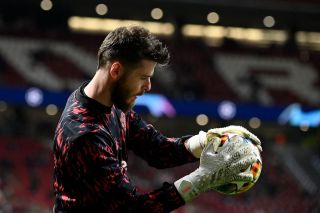 However, the latest twist in the ongoing uncertainty of Smalling’s future comes as Italian outlet Calciomercato report that United will look to reject any Roma offer in the hope they can use both Smalling and castaway Alexis Sanchez as part of a swap deal for Inter Milan’s Milan Skriniar.

The Italian outlet report that United could face a stumbling block in their transfer plans as Smalling’s preference is to remain in Rome after his family now feel settled.