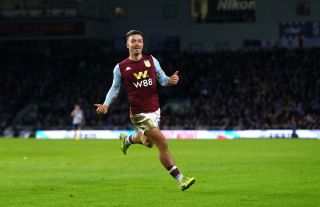 Aston Villa midfielder Jack Grealish has been the subject of intense speculation in the lead up to the summer transfer window as he is tipped to make a move away from his boyhood club.

Grealish, 24 was the focal point in Aston Villa’s promotion back to England’s top-flight last season and his efforts this season helped secure their future in the big time after he saw his side clinch domestic final-day survival.

The English midfielder is rumoured to be one of many targets for United boss Ole Gunnar Solskjaer, however, any proposed deal still appears to be some way off.

However, the latest development in the ongoing Grealish saga comes from ESPN’s YouTube Channel which saw ex-pro Don Hutchinson weigh-in on where he thinks the Englishman should opt to ply his trade his next season.

Hutchinson believes Grealish should reject any opportunity to team up with United and instead opt to join Mikel Arteta’s Arsenal.

Speaking on the ESPN UK show, as quoted by Manchester Evening News, Hutchinson said: “The form of Bruno Fernandes and Paul Pogba has probably swayed Ole to stick with those two, if Paul Pogba hangs around, so timing is probably not on Jack’s side to go somewhere like Man United.

“I think he’d be a good signing for them, obviously, Liverpool as well.

“I think Arsenal at this present time would be a very good move for him.

“Having said that, it just depends on who else Arsenal bring in.

“Because if they expect to bring in Jack Grealish for between £40-45m and expect Arsenal to get to the top four, it ain’t gonna happen.

“So, if Jack Grealish is a stepping stone in terms of they’re going to then attract better players in different positions I.e. centre-halves, then they have got a chance.

“I think for Jack it will be a pretty good move because they’re a footballing side.”