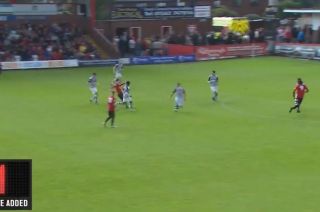 The young midfielder has been rewarded for a peach of an effort against the Baggies.

Tahith Chong, Angel Gomes and Mason Greenwood all played in the 5-0 win, but the man who stole the show was Garner with his solid display and two goals. While Chong and Greenwood are still at the club, Gomes left at beginning of the summer are is current linked with French club Lille, as per  La Voix du Nord

On that night he looked a cut above his level and needs to continue that form into next season if he’s to get more minutes in the first team.

Check out the goal below: