Manchester United’s pursuit of Jadon Sancho is set to dominate the headlines throughout this summer’s transfer window.

The unprecedented 10-week transfer window only opened four days ago, but dozens of articles have already been published detailing updates on a prospective move for Sancho to Old Trafford.

BBC Sport report that the Borussia Dortmund forward is a leading target for Ole Gunnar Solskjaer this summer, who is looking to bolster his attacking options as he accelerates his rebuild.

But the addition of the 20-year-old would mean at least one of the quartet would likely have to drop the bench, meaning there will be huge competition for places.

We looked at three ways United could line-up next season if a move for Sancho is completed.

United would benefit from the balance of a naturally right-sided player in their preferred formation and Sancho is adept on both flanks.

Solskjaer’s most reliable formation this season has depended on the inside forwards supporting striker Martial to provide the opposition with a serious goal threat.

Sancho scored 17 goals and laid on 16 assists in a wide forward role for Dortmund in the Bundesliga this term and could link up with Rashford and Martial in an electric front three.

Of course, Mason Greenwood is more than capable in filling in at striker or on the right and Sancho has the versatility to play anywhere across the front three. 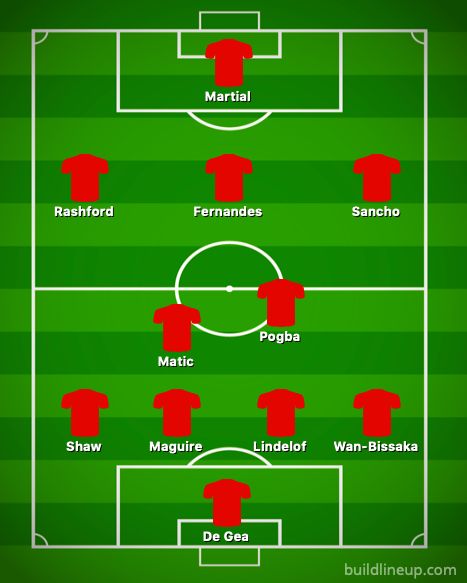 Solskjaer may choose to adopt a diamond formation in games where he feels United need to gain the crucial midfield edge.

In this case, Sancho can operate as one of the forwards in a split-striker system that ultimately failed when last deployed in March in the draw against Everton at Goodison Park.

This formation relies on the midfield to dominate and provide a platform for the likes of Sancho to cause damage.

Bruno Fernandes has the guile and ingenuity to be able to operate in the playmaker role and provide for two speedy forwards.

Alongside Sancho, any of Solskjaer’s attacking assets could get the nod in this system. 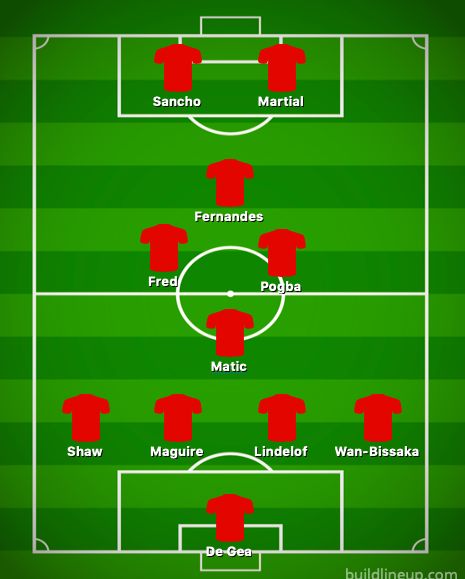 This formation has been used with mixed success this season with Solskjaer cautious against offensively dangerous opposition.

The system was ideal in league victories over Chelsea and City as United looked to thwart their opposition with an overload of defensive players and hit them on the break.

But it failed dramatically in the FA Cup semi-final against Chelsea at Wembley as there was no outlet for United to have an attacking threat.

We hope Solskjaer uses this system sparingly next season, but Sancho still has the pace and dribbling ability to punish teams on the counter-attack so he could be one of two natural forwards selected in the formation. 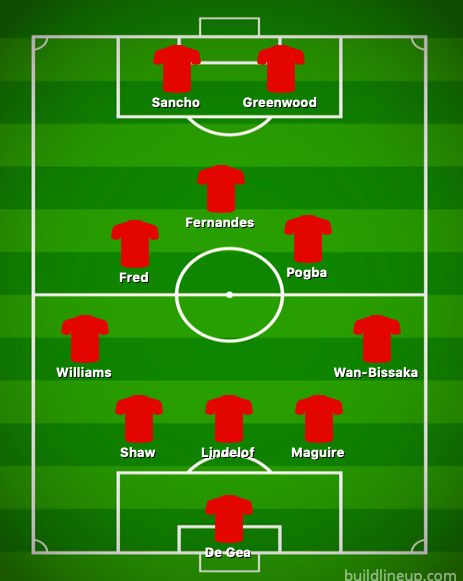