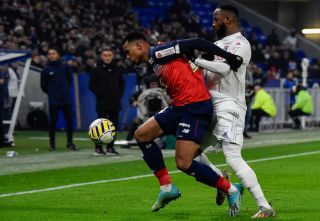 Reports suggest Manchester United could be closing in on their first signing of the summer.

Despite what you may have read elsewhere, it’s not Jadon Sancho.

Ole Gunnar Solskjaer needs a centre-back and has been linked with quite a few of them in recent months, however, the name being forward is not one many of you will have heard before.

Lille centre-back Gabriel Magalhaes is supposedly subject of a deal at Manchester United.

According to La Voix Du Nord, United have submitted an offer worth €30m (£27m) for Gabriel.

#mufc have made a €30m offer, including bonuses, to Lille for Gabriel #mulive [la voix du nord]

Sky Sports have since stated that United are monitoring the 22-year-old, but the Brazilian is also attracting interest from Everton, PSG and Napoli.

Representatives of Gabriel Magalhaes are in the UK talking to two Premier League clubs. #mufc and Everton are both interested. Player is expected to make his decision in the next couple of days #mulive [sky]