Manchester United may have to pursue other midfield options this summer if Aston Villa’s demands for Jack Grealish are to be believed.

According to the Mirror, Villa’s obstinate co-owner Nassef Sawiris will not let Grealish leave Villa Park for a fee below £80m.

United’s interest in Grealish has been well documented and he is a player that would add real quality to Ole Gunnar Solskjaer’s creative options.

But the fact that Villa stayed up on the final day of the season, with help from goalscorer Grealish, means they may not feel under any pressure to sell their club captain and can remain resolute in demanding an extortionate fee.

Thus, United must explore alternative possibilities and there are two quality midfielders that could be made available for a combined fee that does not even reach the price bracket of Grealish.

One of these players is Thiago Alcantara, the world class Bayern Munich midfielder that David Moyes missed out on signing during his forlorn spell as manager.

BILD reporter Christian Falk claims Bayern are open to the idea of selling 29-year-old Thiago this summer for just €30m.

Our Story: The Bosses of @fcbayern have decided that Thiago will be allowed to leave with an offer of at least 30 Mio Euros. TRUE: there is no offer yet @SPORTBILD @altobelli13

Despite the fact Thiago might have passed his prime and has had some injury concerns, he remains one of the outstanding midfield players across Europe and he would be a fantastic addition to Solskjaer’s squad at an extremely affordable price.

Thiago could play in the deep-lying playmaker role alongside Nemanja Matic, or thrive higher up the pitch in a more creative role with Bruno Fernandes.

Granted, Thiago has his obvious limitations with his lack of physicality and speed but he surely has to be considered this summer for the quality he would bring in attacking transition.

Van de Beek, 23, is a hugely talented midfielder who is proficient in both boxes. He scored eight goals and laid on five assists in the Eredivisie this term before the curtailment of the campaign due to coronavirus.

The Express suggest United could sign Van de Beek for just £49m this summer, which would represent another astute piece of business.

Van de Beek has already announced himself on the European stage and has potential to develop into a world class midfielder in the coming seasons.

If United are priced out of a move for Grealish this summer, there are definitely other options out there that can add serious depth to Solskjaer’s squad. 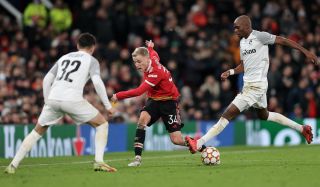 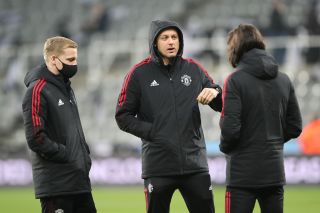