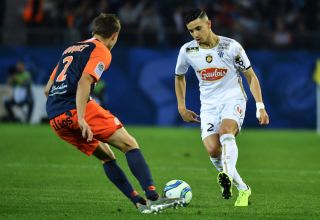 Manchester United have made an offer for Angers teenager Rayan Ait-Nouri, reports claim.

Ole Gunnar Solskjaer is looking to strengthen his squad ahead of the 2020-21 campaign. After finishing third in the Premier League and getting back into the Champions League, The Sun report that the manager has urged to board to go for it.

Ait-Nouri is currently considered to be one of France’s most promising talents, and United have had a keen eye on French players in recent years with Paul Pogba, Anthony Martial and Hannibal Mejbri.

The versatile left-back has already earned three caps for the France U21 team. He made his first-team debut for Angers against PSG in August 2018.

French outlet FootMercato claim United have been in regular contact with the player’s agent, Jorge Mendes, over the last couple of months. The Reds are well aware of Mendes, who is renowned as one of football’s biggest agents, since he acted as an intermediary to help United strike a deal for Bruno Fernandes in January.

FootMercato suggest United and rivals Man City have both sent ‘firm offers’ in an attempt to lure the French youngster to the Premier League.

It is believed Ait-Nouri was in England on Tuesday accompanied by his agent.

The report adds they had arranged visits to the training facilities of several clubs, including United and City. Ait-Nouri is set to make a decision in the coming weeks.