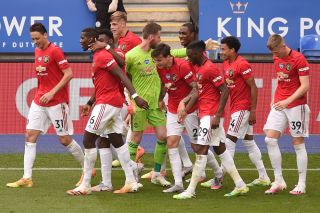 Dimitar Berbatov thinks Manchester United can challenge Manchester City and Liverpool for the Premier League title next season as long as they sign the right players.

The former United striker told Betfair: “It’s been a challenging few years, but the fact remains that United need to be challenging for the title. They need to improve again to challenge Man City and Liverpool next season, but they can do it.

“Every season is different and has its unique ups and downs, the teams you expect don’t always end up doing well, but with United you always expect them to be title contenders, especially if they make some signings.”

A signing in January changed the outcome of the season drastically, when Bruno Fernandes came from Sporting Lisbon only to have an instant impact on the Reds. He became a fans’ favourite and brought the best out of his team-mates.

“There will always be doubters, but overall people will realise managers need time to build,” Berbatov continued. “There are obstacles, of course, but in the future things can improve, and Ole has shown that.

“It will be more difficult now with the Champions League, and you will still get criticism next year when you lose, but for now we should be happy with the work he has done.

“I think the players love him, and that’s shown by how they’ve played.”