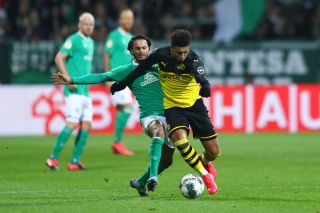 Manchester United’s prime target this summer is Jadon Sancho and we’ve got you covered with all of the updates.

Sky Sports News have an update today which we can only consider positive from a Manchester United perspective.

United are said to be growing ‘increasingly confident’ that a deal to sign the 20-year-old winger can be done this summer. This comes after the club reportedly cooled interest in Aston Villa captain Jack Grealish.

The thing with Sancho is, United know it won’t be as easy to get him next summer if they pass on the opportunity now.

Daniel Harris, who writes for The Guardian, claims to have heard the same about the transfer fee being €120m – but with €60m paid up front and €60m in installments.

“Daniel Harris understands” that Jadon Sancho to Manchester United is close. The clubs have agreed a fee, €60m up front and €60m in installments, the structure of which they’re now negotiating.

On a plus side, it’s reiterated that the Bundesliga club want a deal done by August 10th, so they’ve time to get a replacement. That gives United two weeks so this saga may not drag on as first feared.

Of course. It’s a matter of money and if United better their existing offer (rejected) after that date I’m sure Dortmund would listen.

Read more: Robin van Persie on living in the moment at United after famous hat-tick against Villa